When Mako Mori Was Small

Cory Doctorow was kind enough to write a thoughtful review of When I Was Small that ran on Boing Boing a little while ago. One of the comments suggested that the picture of Dot was reminiscent of the young Mako Mori character in Pacific Rim.

Last night I finally watched the film with my son and then he drew this for me. 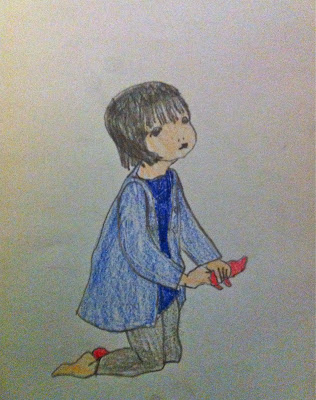 Mako Mori in the style of Julie Morstad's Dot. There have been a number of homages to Julie's work around here over the years but this may be one of my favourites. 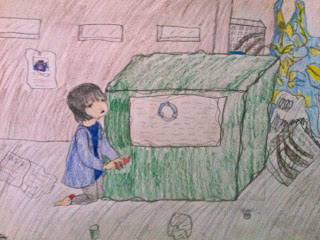 Maybe we need to get The Henry Books into the hands of Guillermo Del Toro.