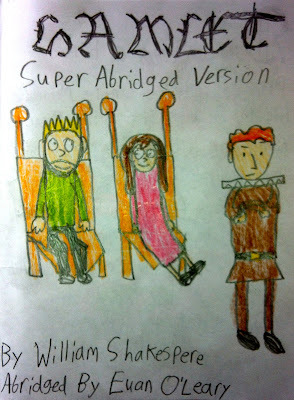 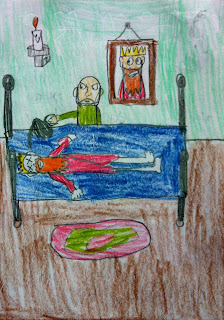 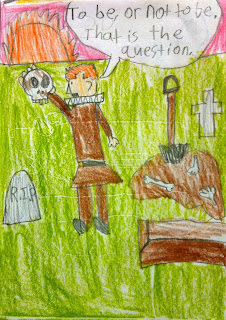 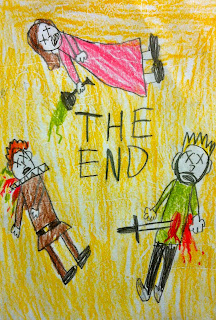 We watched Shakespeare Uncovered the other night and Euan got very interested in the story of Hamlet and decided to do his own abridged version.  I suggested he might want to watch or read the play first but he pooh-poohed that idea.  And when I read his abridged version (complete with a period authentic variant spelling of the author's name), I had to agree that he basically "got" it.

We've since  ordered a Manga Hamlet that was mentioned in the programme and watched the David Tennant Hamlet.

Euan was pleased to note that the staging of the final scene was quite close to his illustration.  He's now taken with the idea of "doing" Hamlet and while I've often felt many actors who've done the play are too old for the role, even I think twelve may be too young.