We spent last evening watching Fairy Tale: A True Story, which is all about the two little girls who photographed the Cottingley fairies around 1917-1920.  A very good cast, with Peter O'Toole as Sir Arthur Conan Doyle, Harvey Keitel as Houdini and Paul McGann* as the father of the elder of the two girls.

We also watched this little clip from Antiques Road Show.

In it the daughter of Frances Griffiths talks about her mother and shows the camera which she used to take the photographs along with some of the original pictures.  According to her, four of the pictures were faked, but the fifth is real.

And then young son went and tried making his own fairy photo: 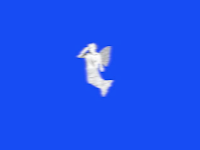 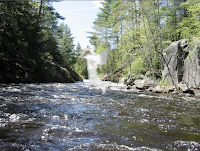