You can look at a bunch of pretty pictures here at The Guardian site.

Here's why:
The Booktrust's Big Picture award celebrates the UK's best new illustrators. Twenty-seven were longlisted this year, and the 10 winners were announced by Michael Rosen at the Bologna children's book fair on March 31 2008.
Here are examples of work from all 27, with the 10 winners appearing first. 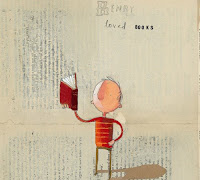 Oliver Jeffers is in there for his beautiful The Incredible Book Eating Boy and some other illustrators new to me, including a couple that look pretty darned wonderful. 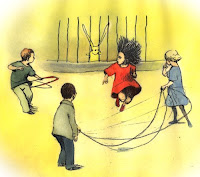 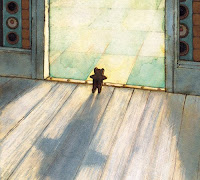 kittenpie said…
I've enjoyed Mini Grey, but Alex Deacon is new and has a lovely old-fashioned feel about that image. Maybe it's partly the colour, partly the smudginess, but I am put in mind of Bemelmans and Rey here.
8 April 2008 at 13:31:00 GMT-4